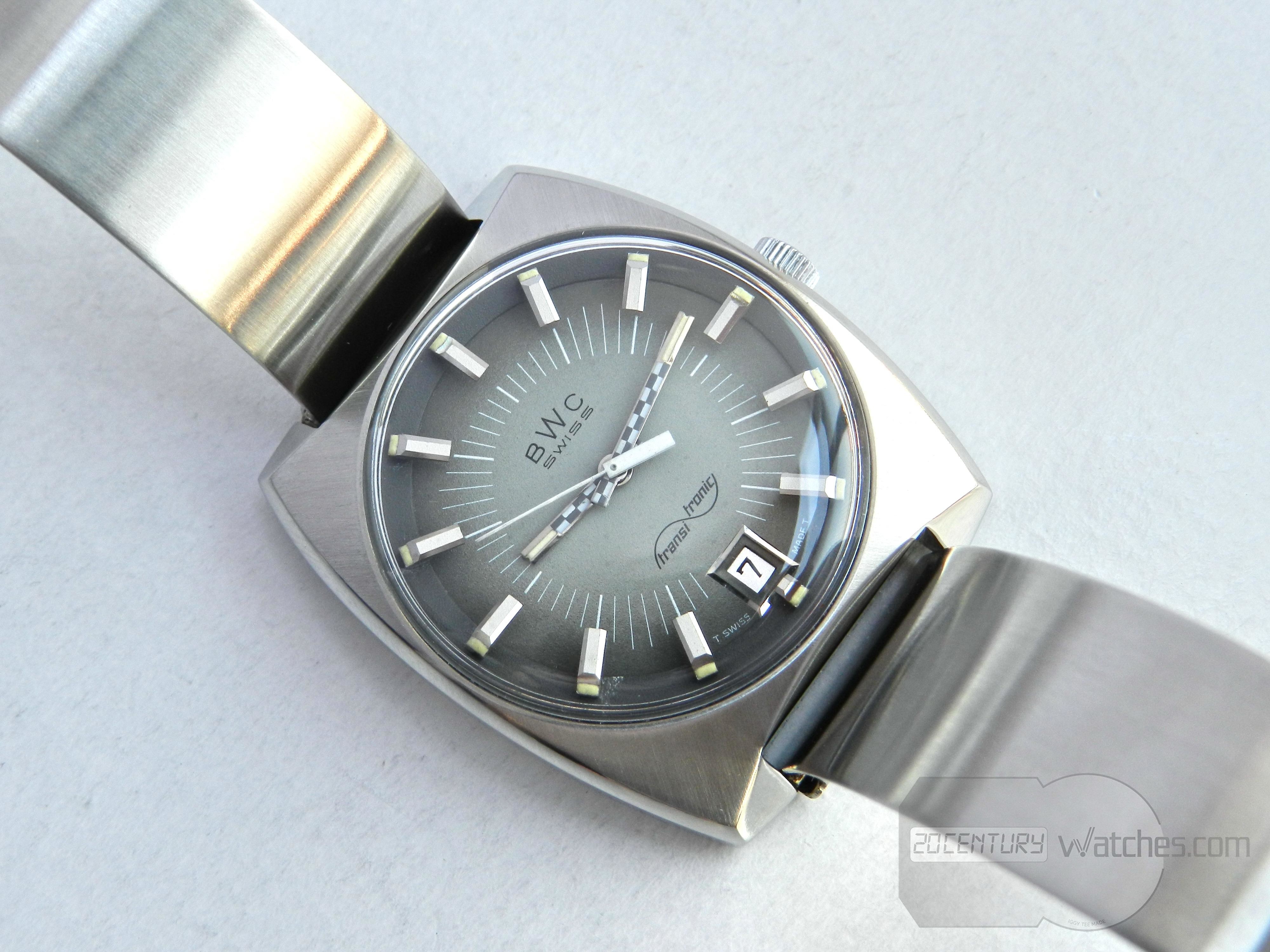 When the  (TRANSISTOR)  semiconductor element was invented it was quickly found application in the watch industry.

There are several different versions of these movements, Seiko Elnix, Citizen Cosmotron, Timex electric, Soviets (USSR)  also had their own version and a few more variations have.

This movement I present to you is the highest quality version, Swiss made ESA.

These watches are actually 90% mechanical, the electronic part is actually just an electromagnet of variable polarity, and that is where the transistor plays the biggest role. So the watch  works by being on the balance wheel  placing a permanent magnet and below it is an electromagnet that constantly changes polarity, so that the magnetic fields are attracted and repelled and the balance wheel rotates.

So this electronic assembly replaced the winding spring, everything else is the same as in a classic mechanical watch.

BWC Transi Tronic is a beautiful rare watch made in rally style, pay attention on the hour markers, they are three dimensional and the hands pass below them. All stainless steel case and double movement cover make this watch really well made. It was produced in early 70s.

Great unique gray watch, get ready for the race !   It goes perfectly with a good old song :  Yello –  The Race 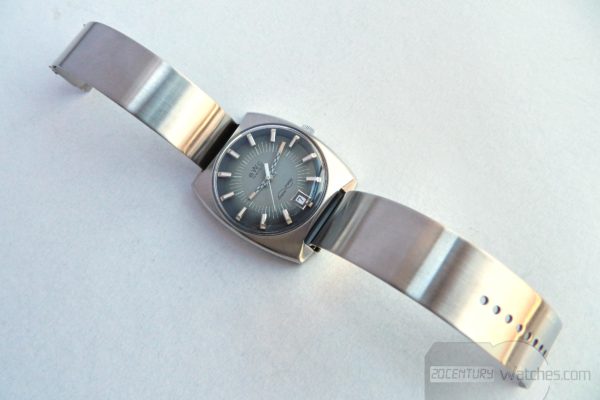 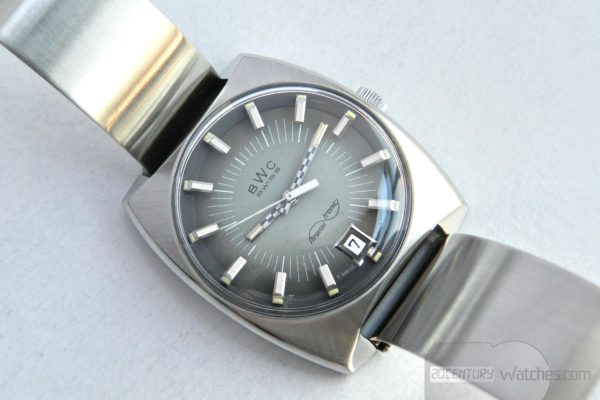 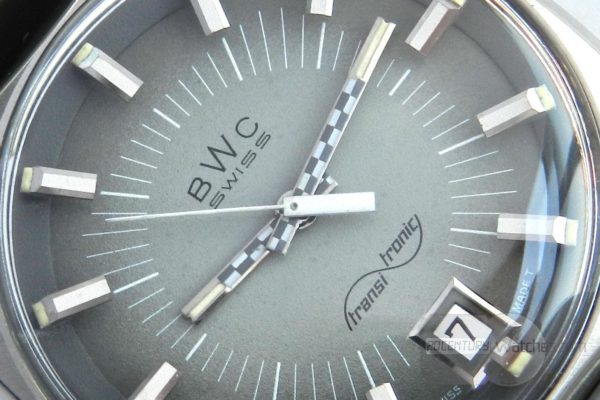 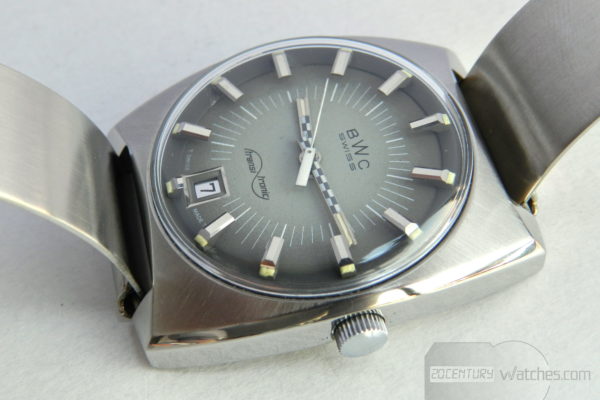 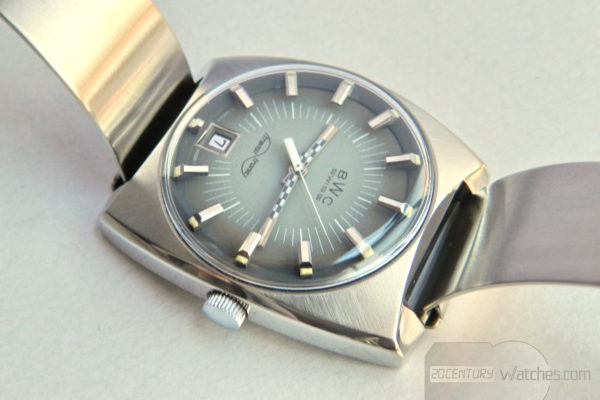 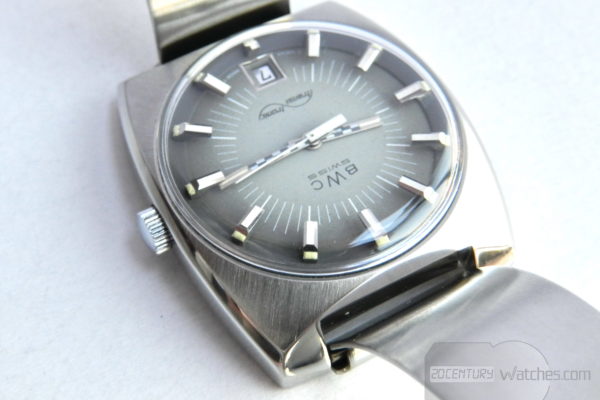 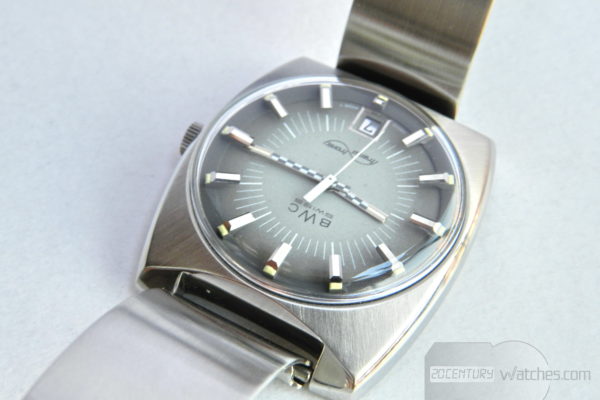 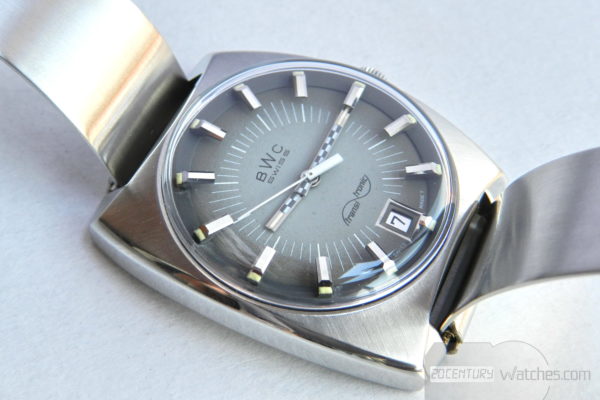 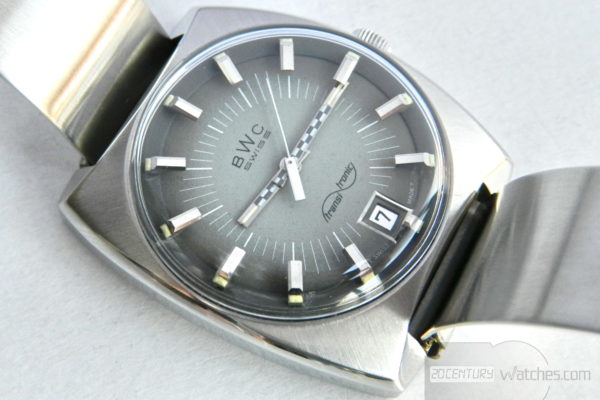 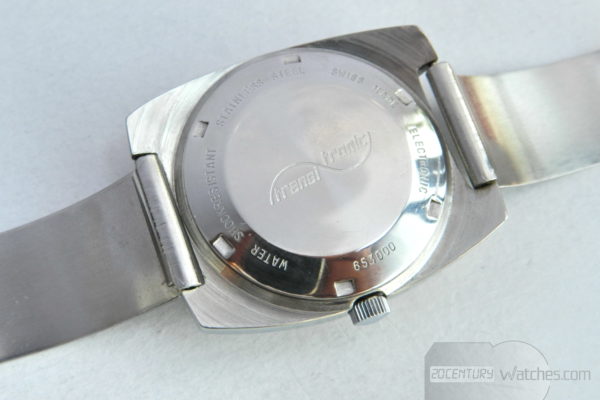 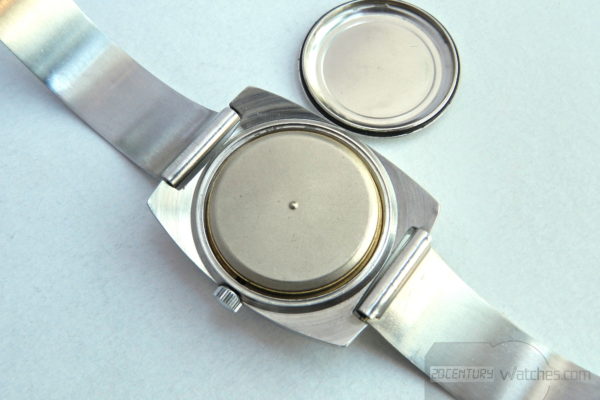 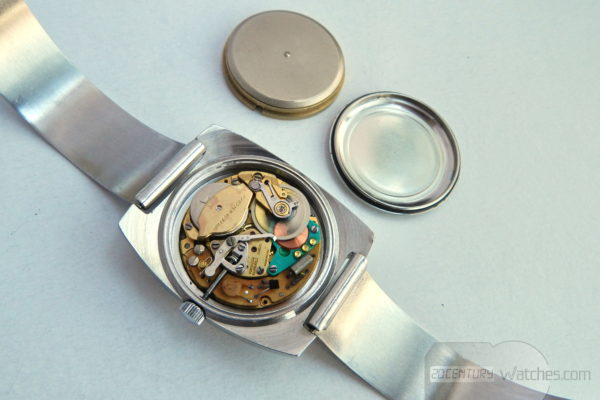 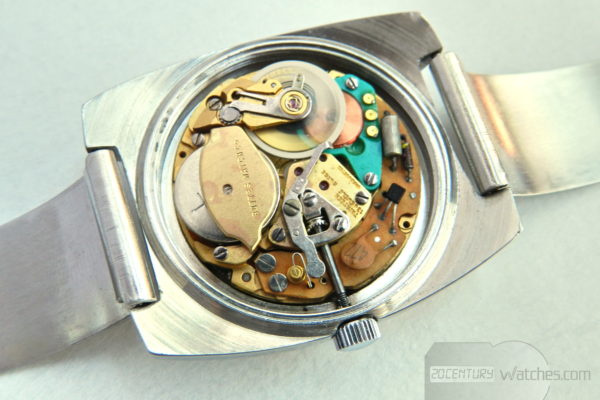 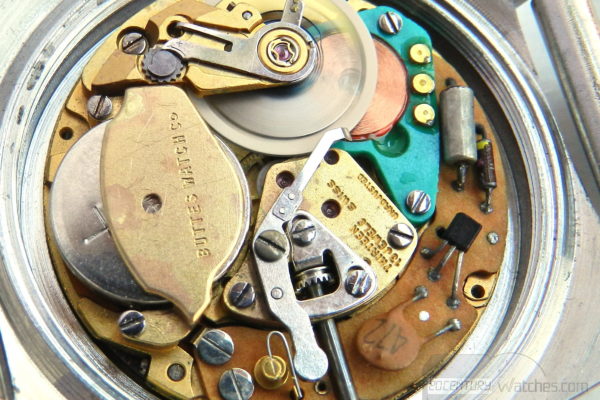 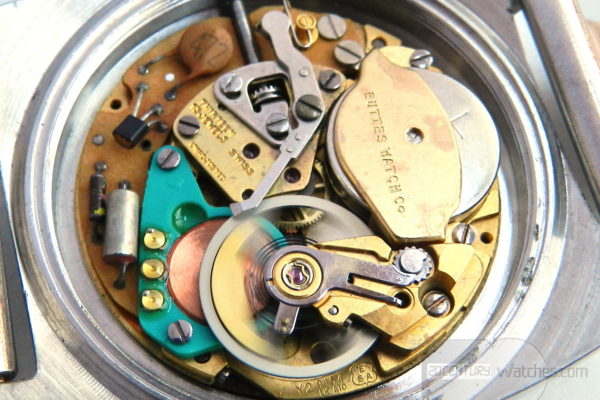 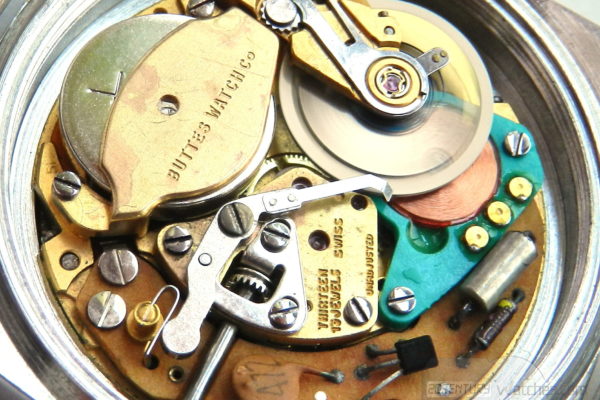 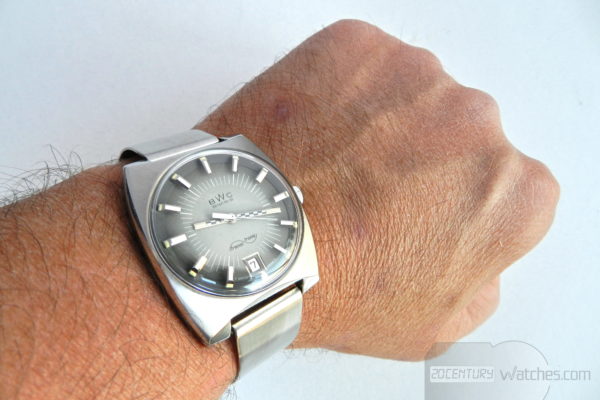 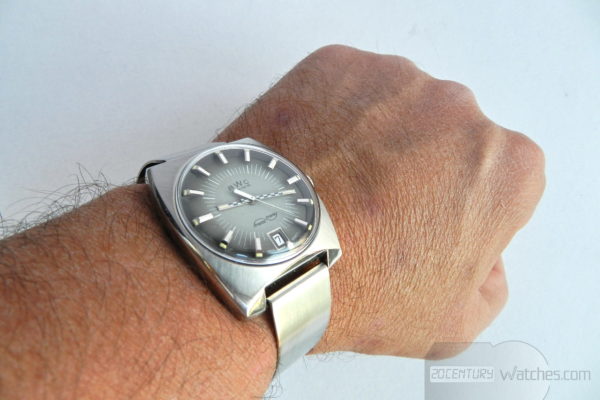 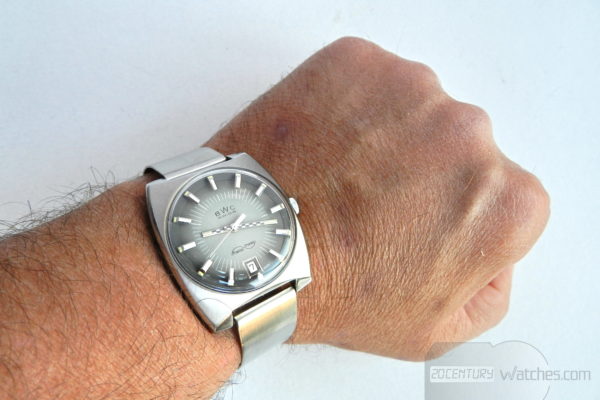 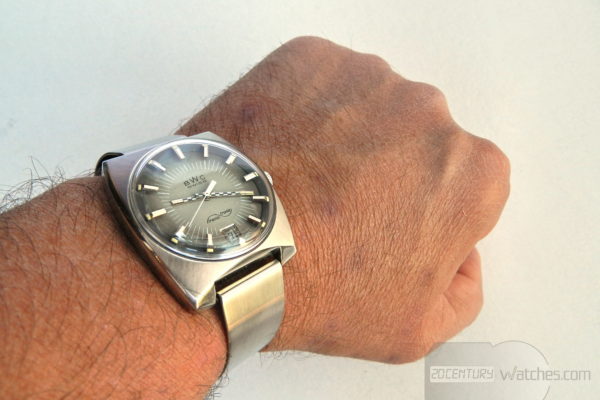