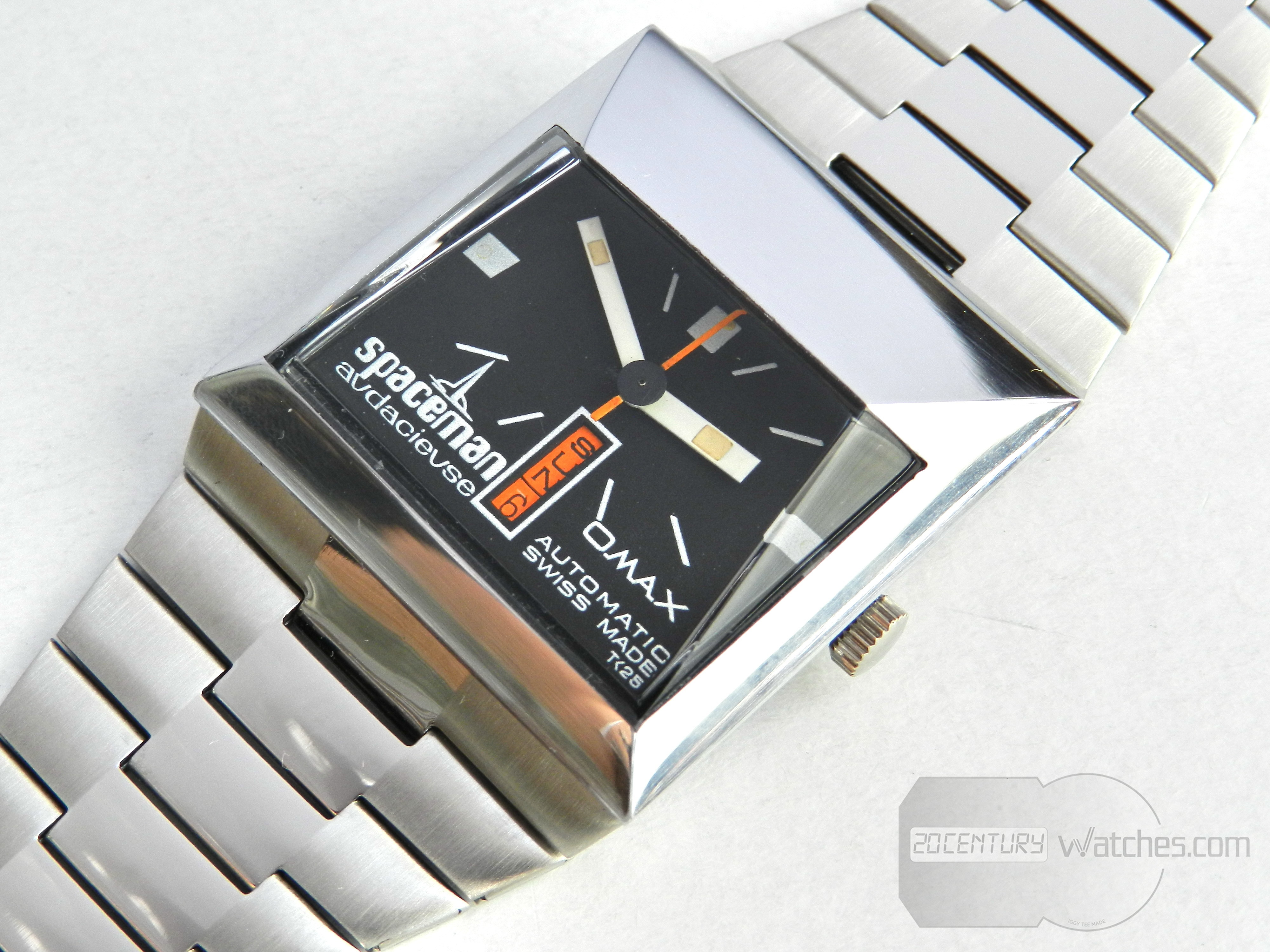 … this mine is from far 1974, it is powered by an Swiss made 25j automatic movement  AS 2066  (otherwise the AS movements are mostly inserted in Spacemans) it is extremely accurate.

Although the first model was designed in 1968, this first Spaceman oval shape model appeared on the market in 1972.  The design is extremely avant-garde for that time, watch designer Andre Le Marquand was inspired by astronaut helmet.

In 1974 second model which I present to you appeared on the market. It was produced until 1977.

It is interesting to note that this watch’s bracelet is designed asymmetrically to better fit on the wrist, the glass was modeled as the video sphere on an astronaut helmet, and all that in cube style. The watch is large in size and carries a timeless design. 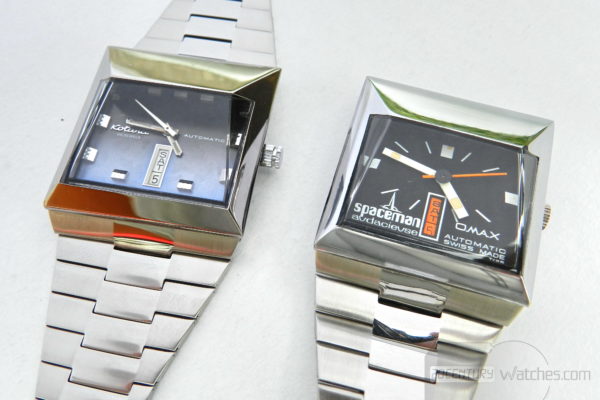 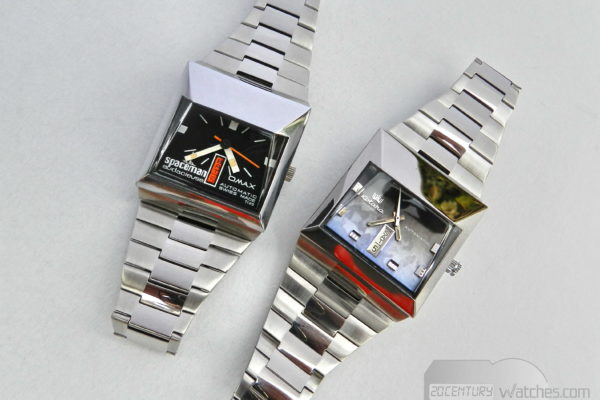 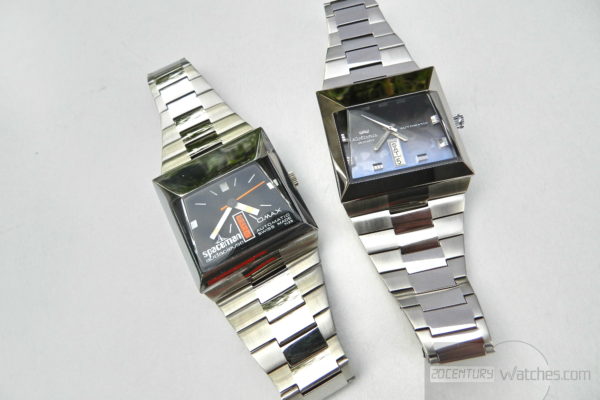 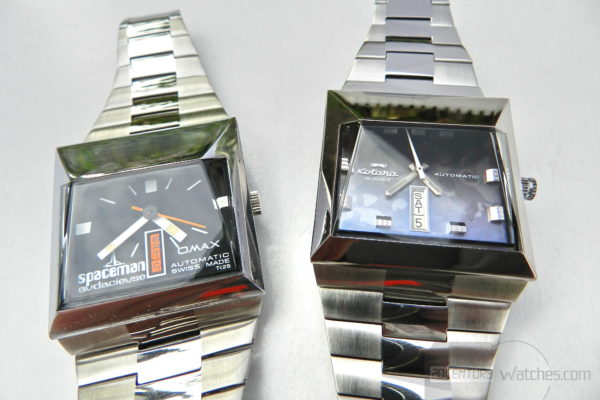 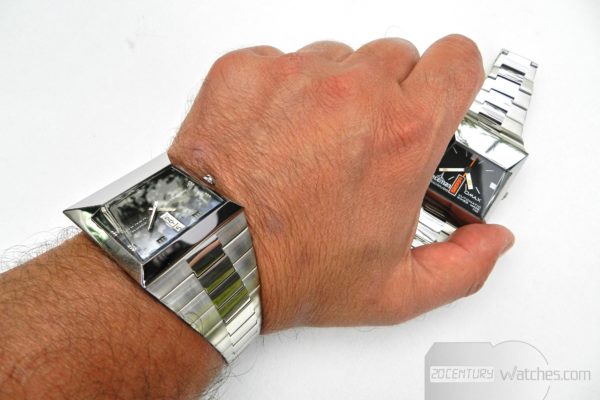 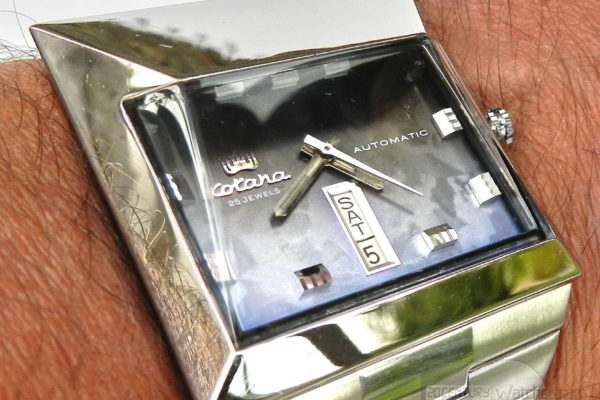 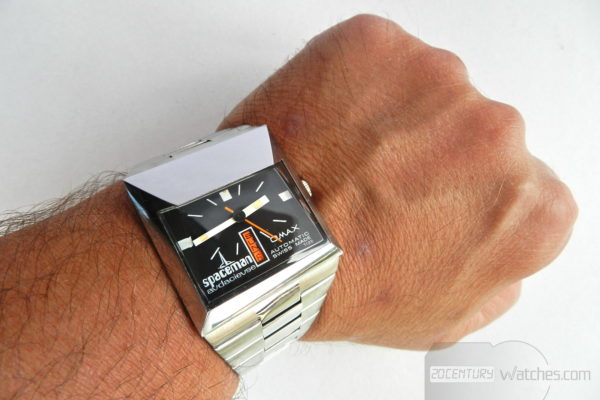 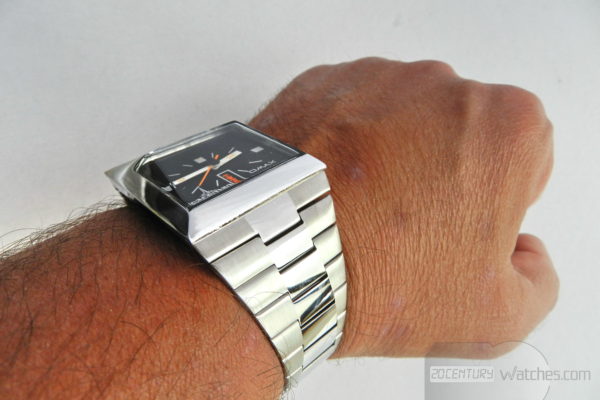 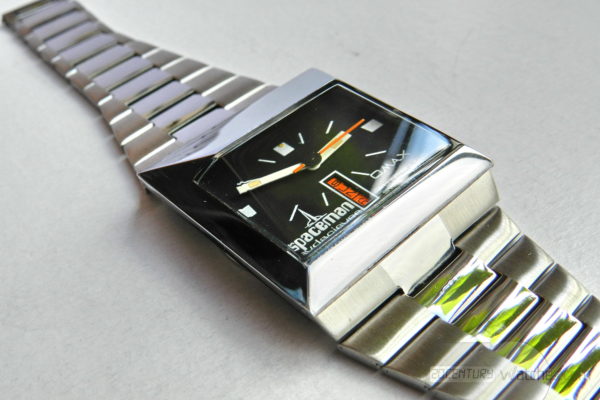 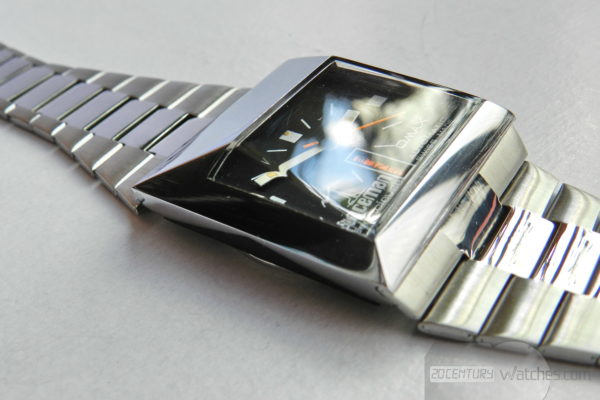 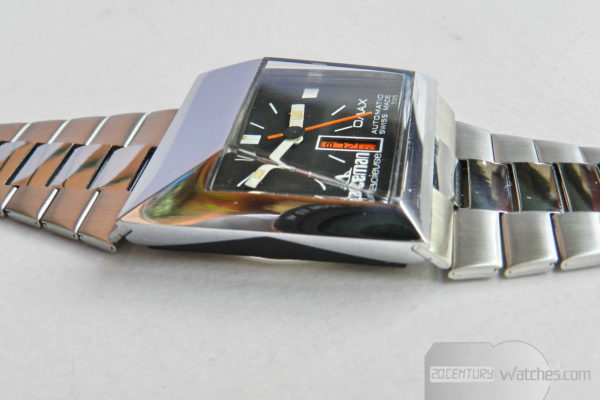 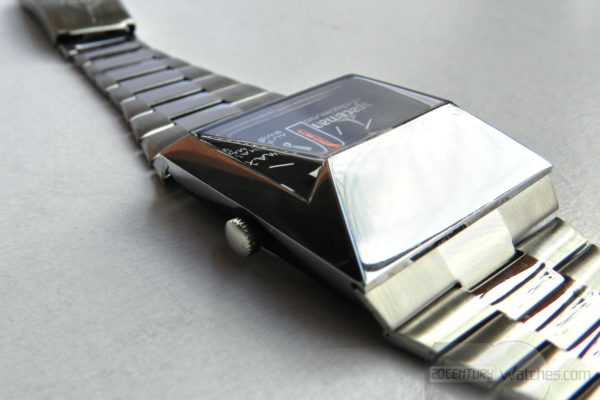 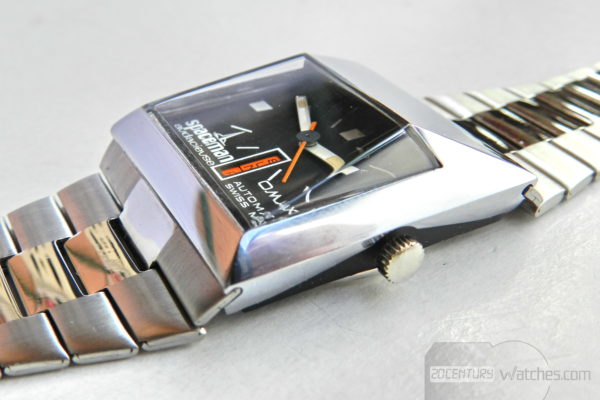 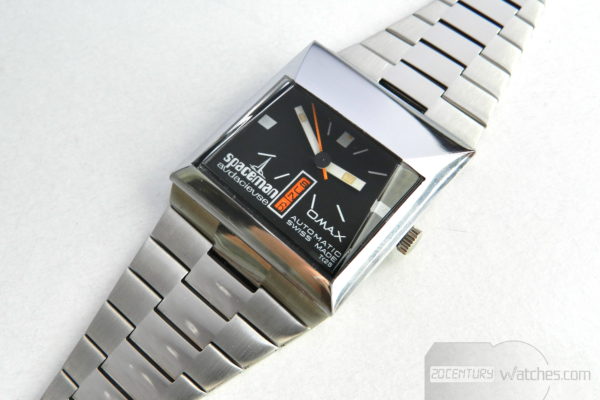 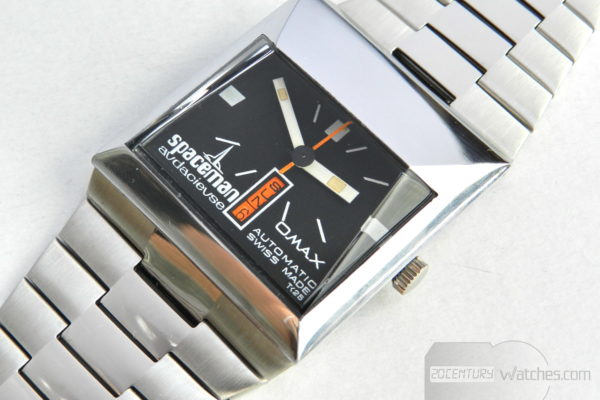 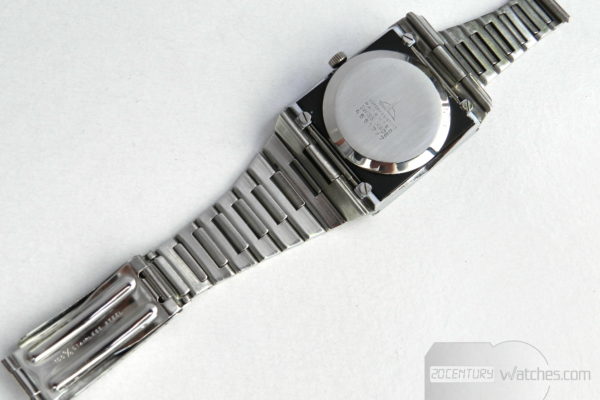 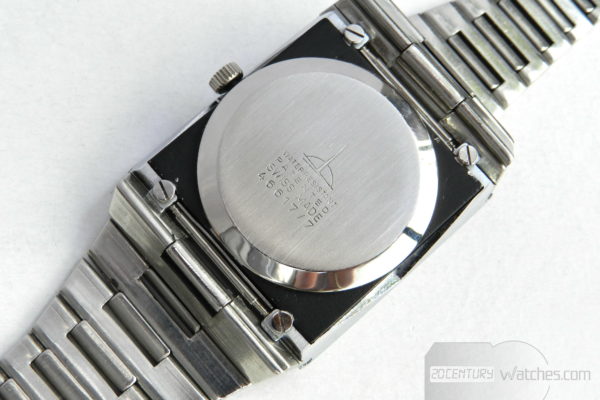 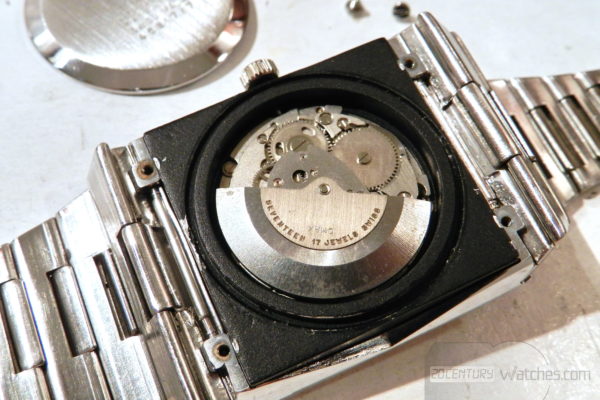 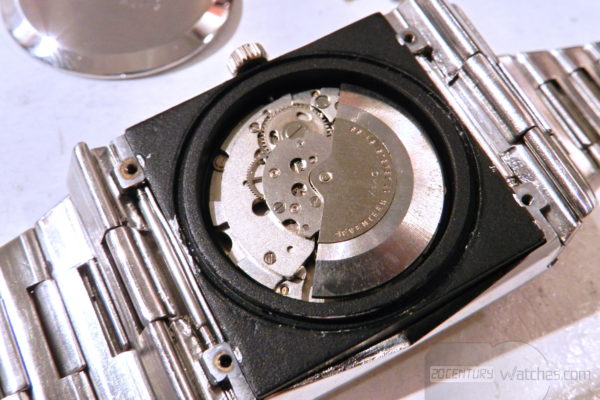 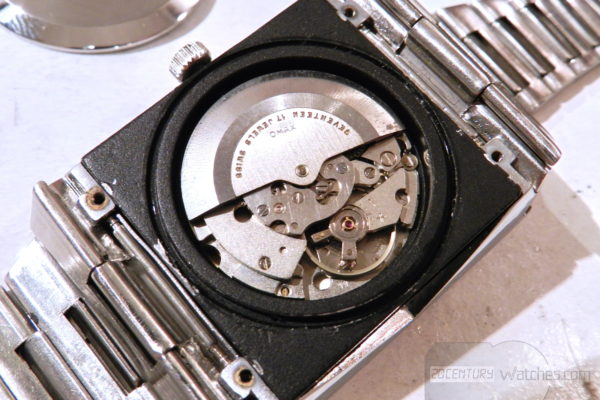 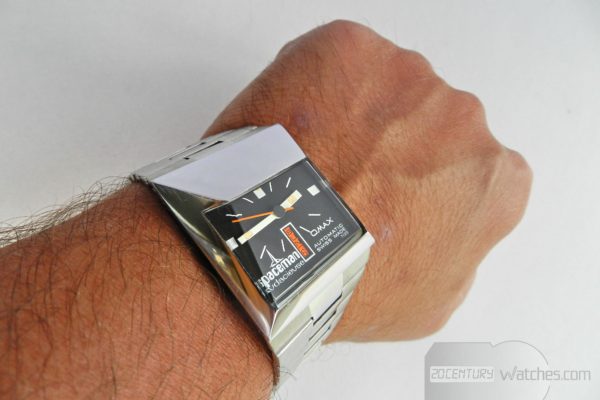 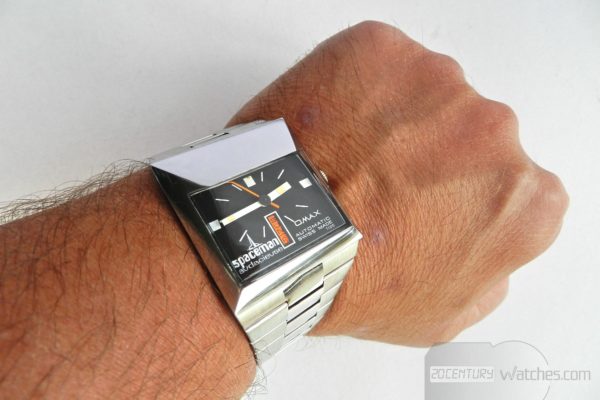 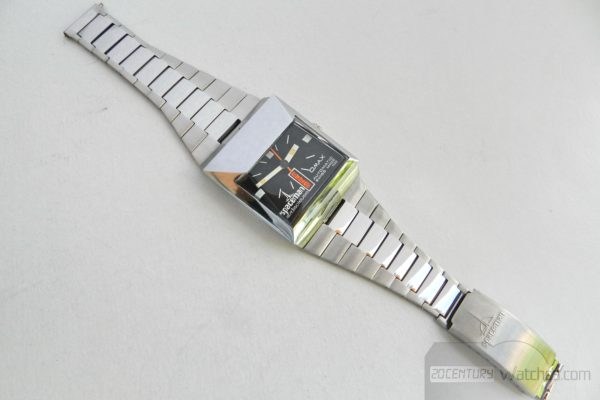 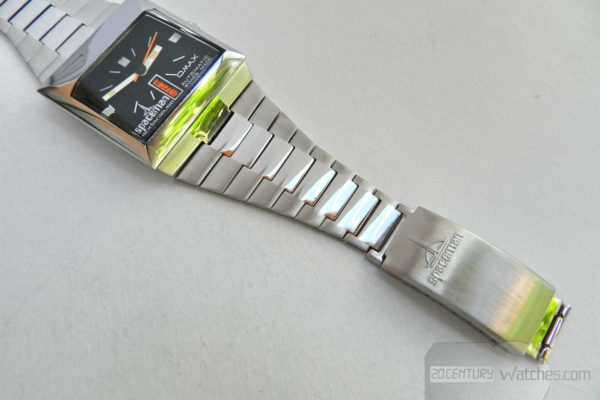 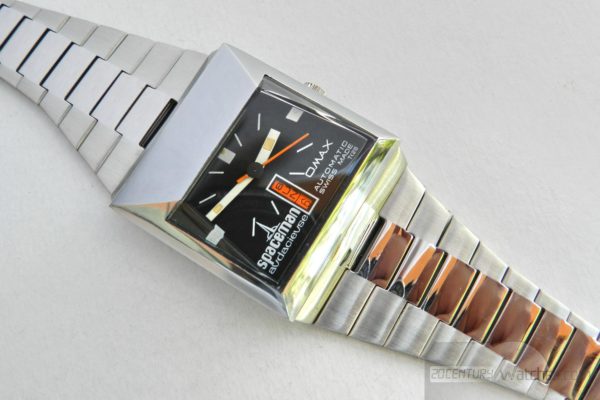 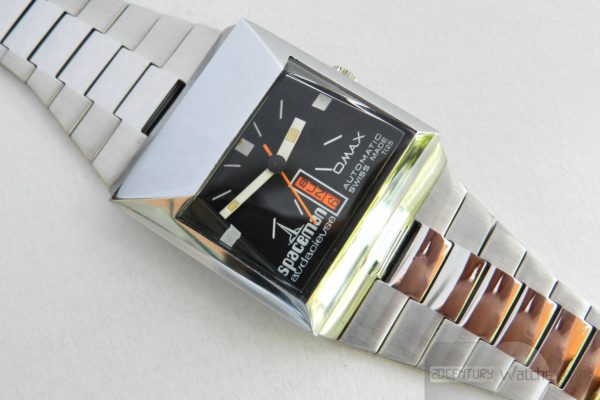 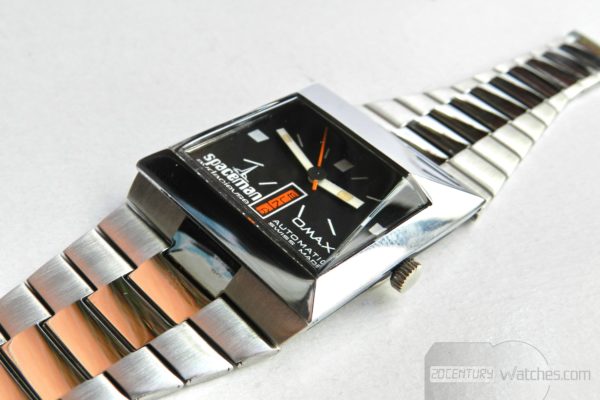 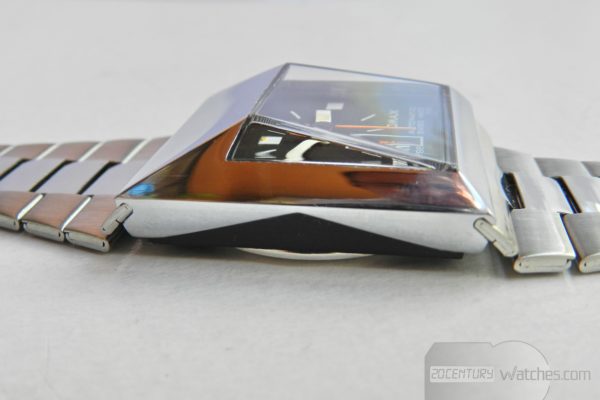