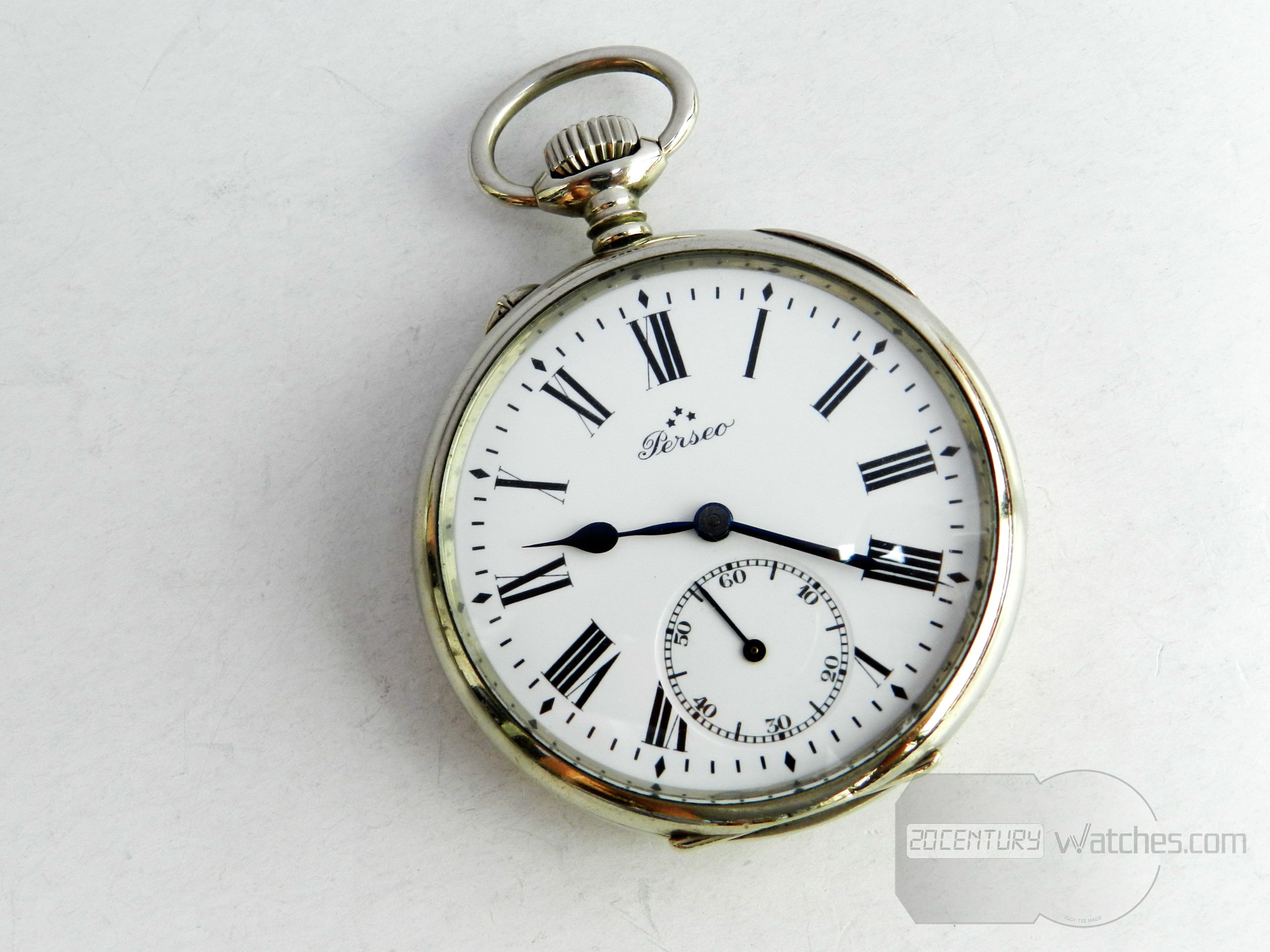 This pocket watch was the official watch of the Italian Railways  and was intended only for train manager. It was produced between 1920 and 1950, and that is actually Cortebert. Several different Cortebert movements were installed in this watch depending on the year it was produced. In this one built movement cal 530 which means that this watch was produced in the 1920s.

It has a serial number and a sign FS  ( Ferrovie dello Stato )  which translated from Italian means  State Railways. A watch with these markings could not be found in free sale.

This one is in MINT condition, everything on it is original, the porcelain dial is in perfect condition without any damage. 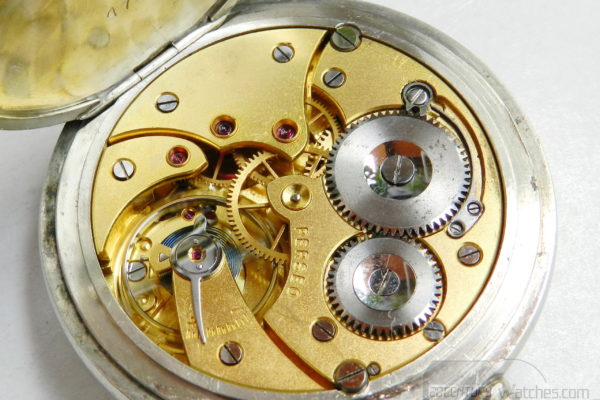 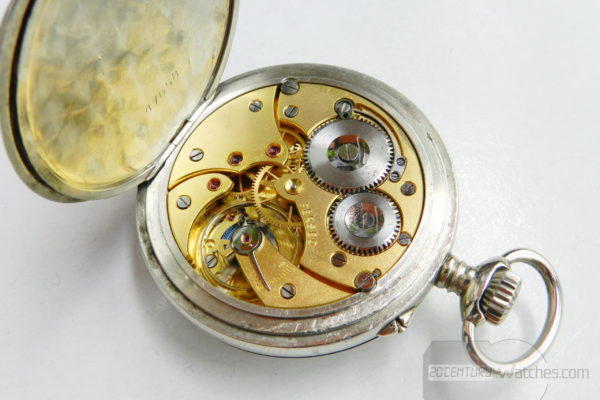 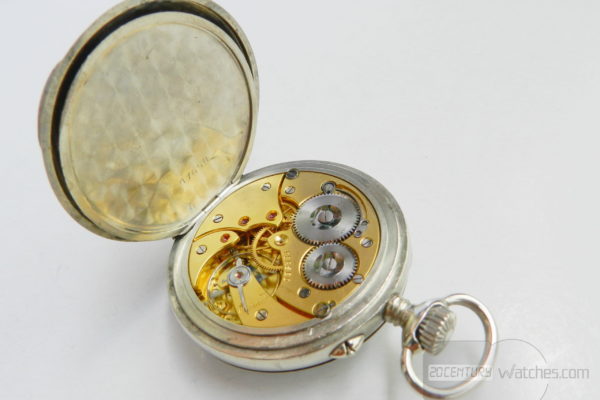 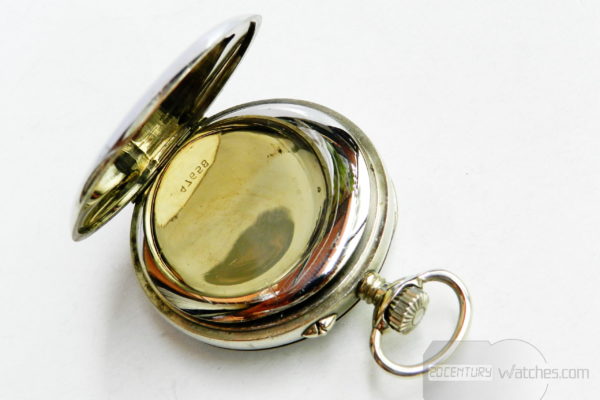 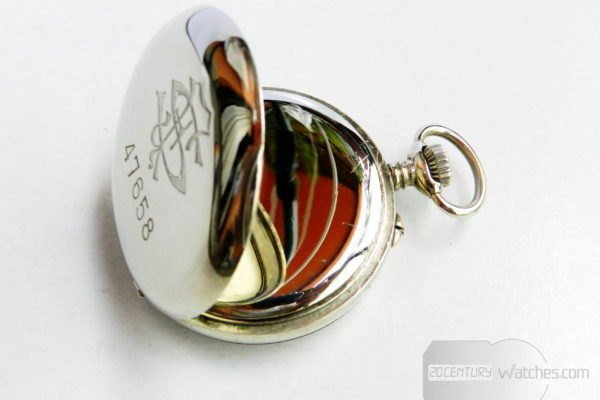 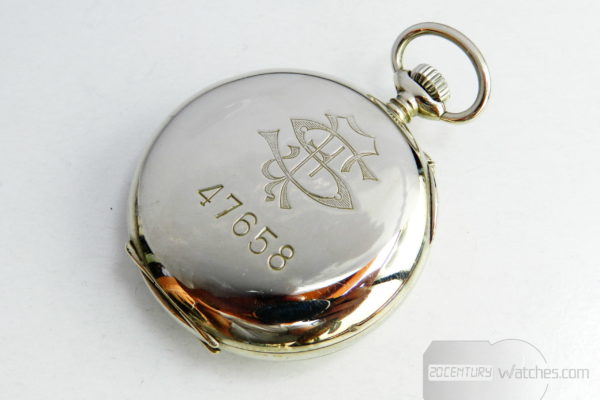 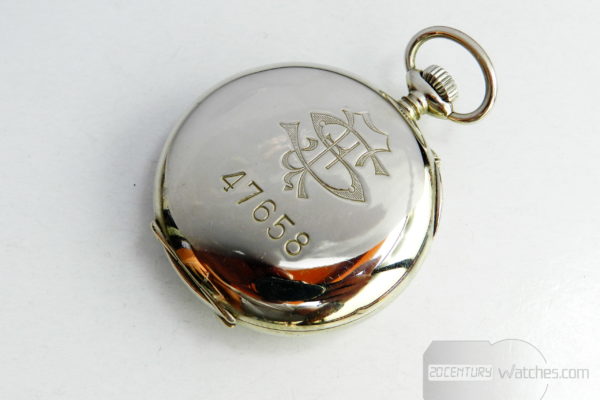 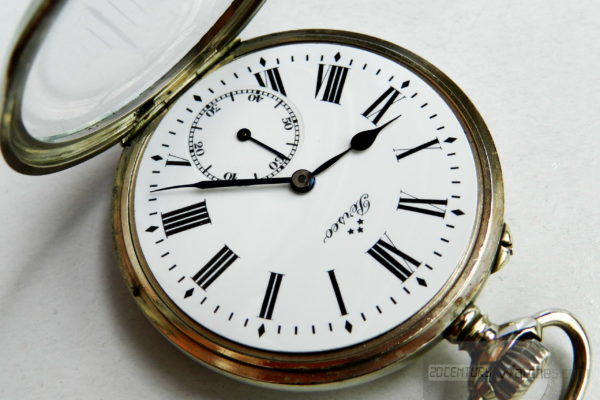 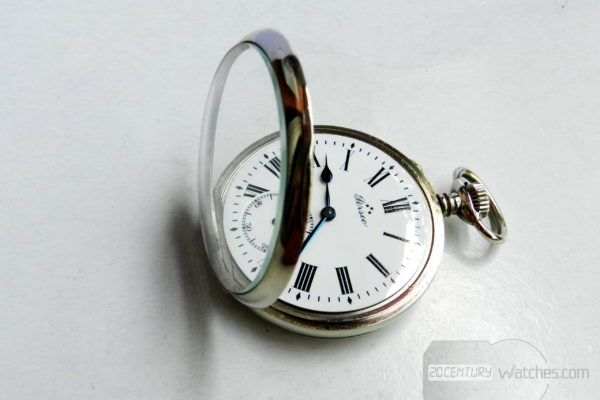 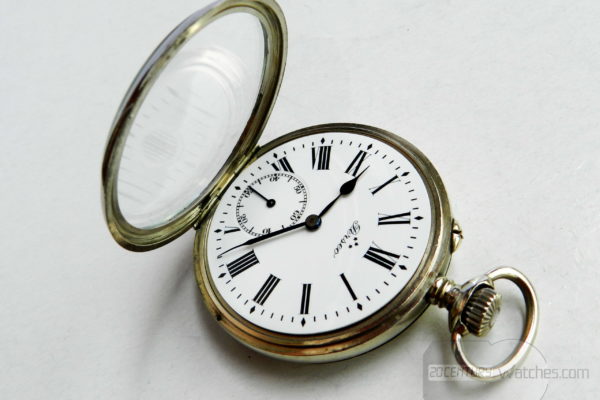 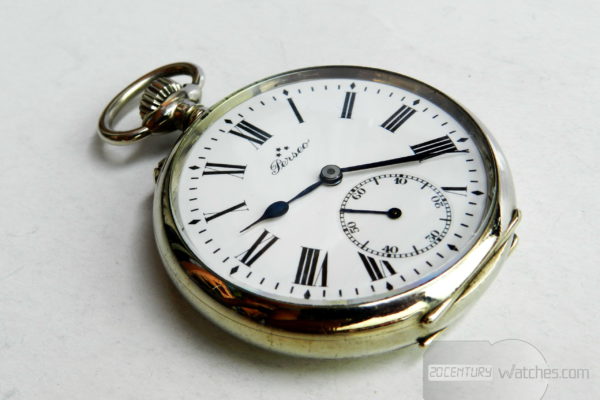 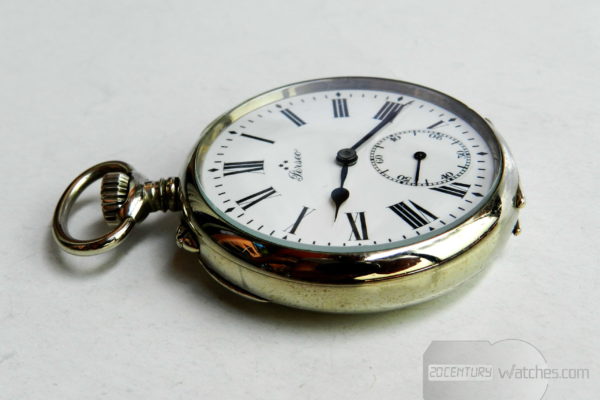 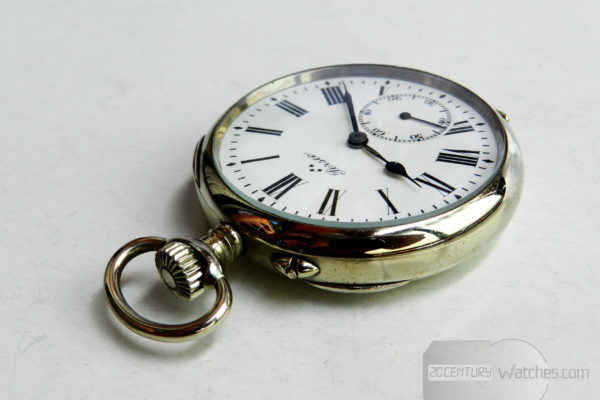 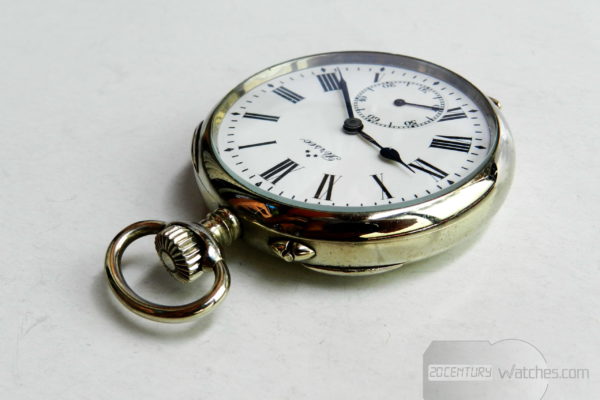 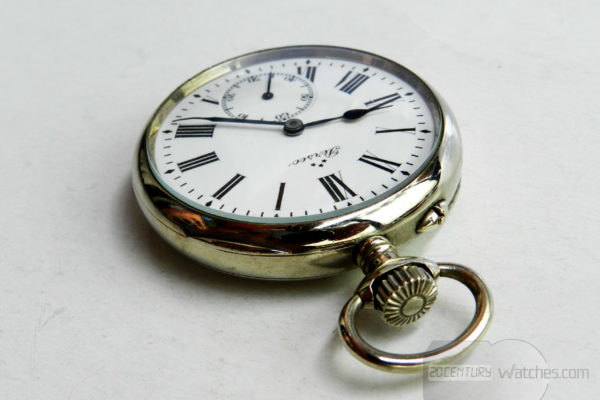 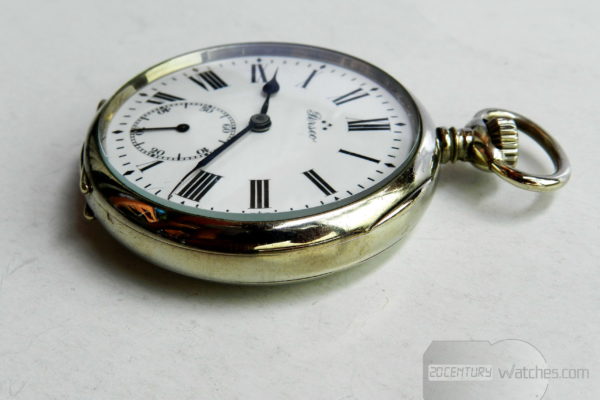 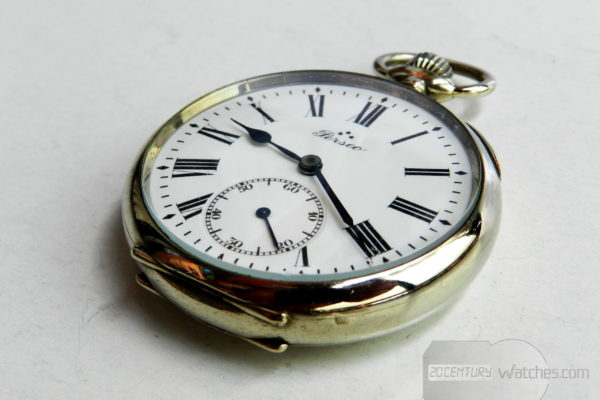 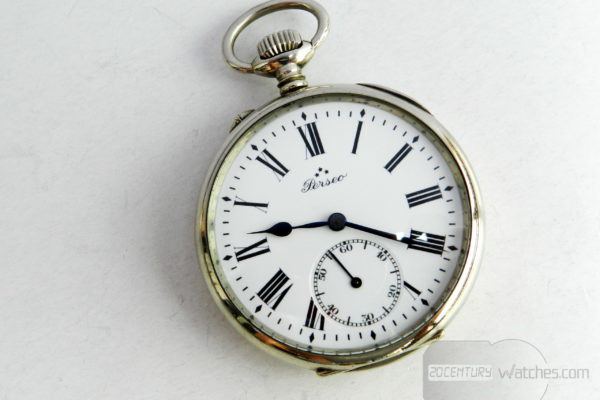