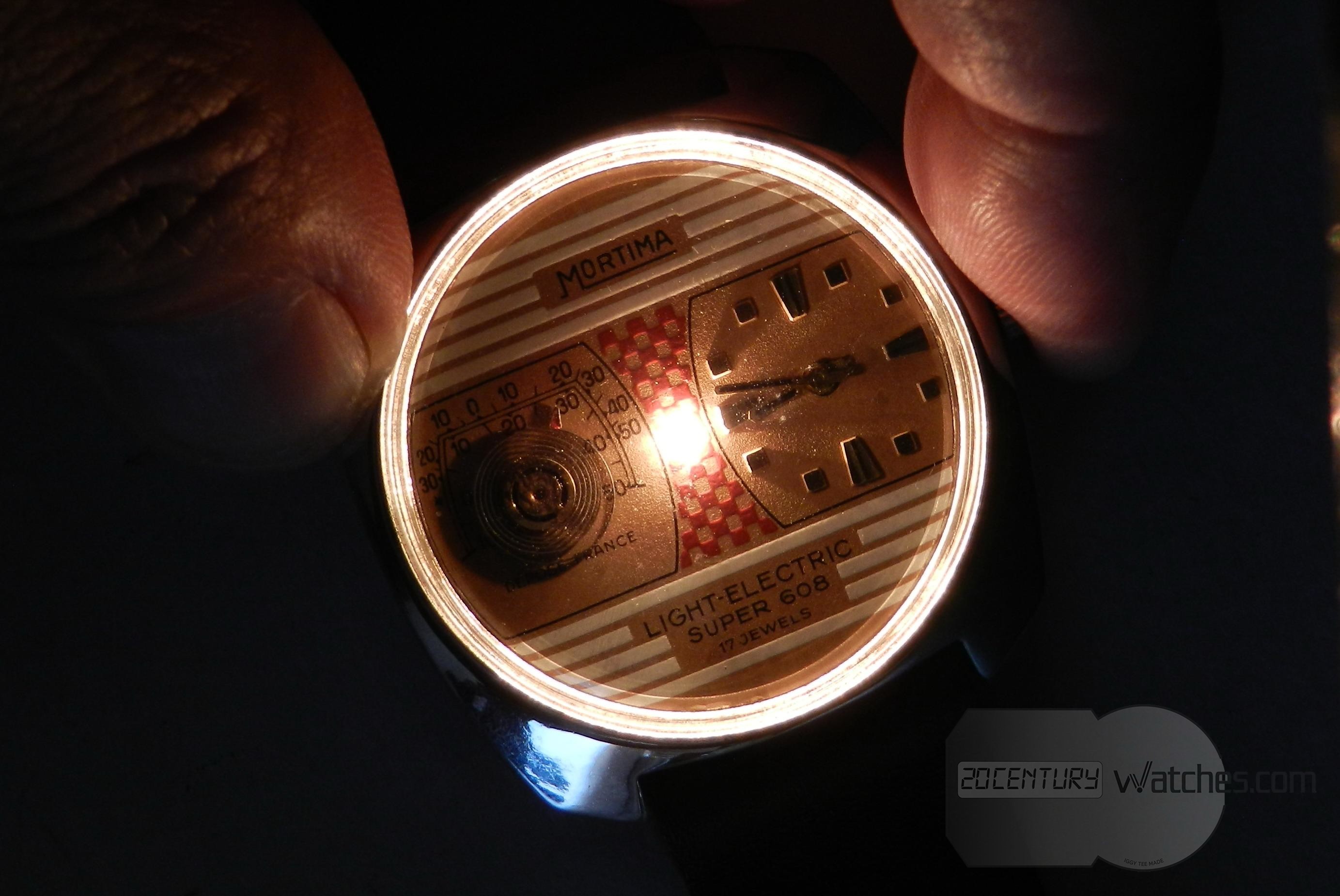 Mortima Light Electric Super 608 is a very interesting watch that dates from the early 1970s. This is a true analog gadget that was the dream of every kid from that time, watch have a thermometer and lighting with bulb. The thermometer works by bimetallic spring shrinking and expanding as the temperature changes and I can say that it is very accurate. The small movement is in plastic cover and such movements are generally incorporated into women’s watches, also there is a battery space in the plastic case to which is attached a light micro bulb and a primitive spring switch which one activated by a crown. 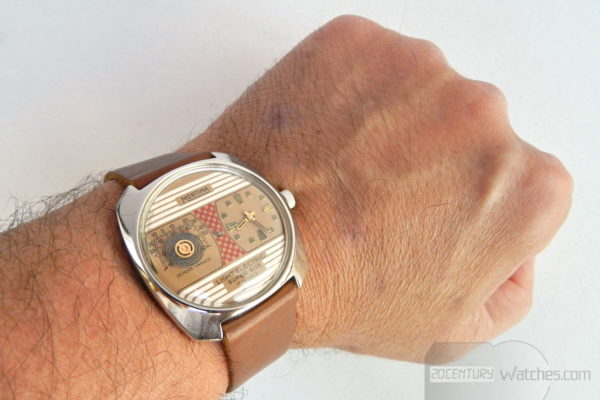 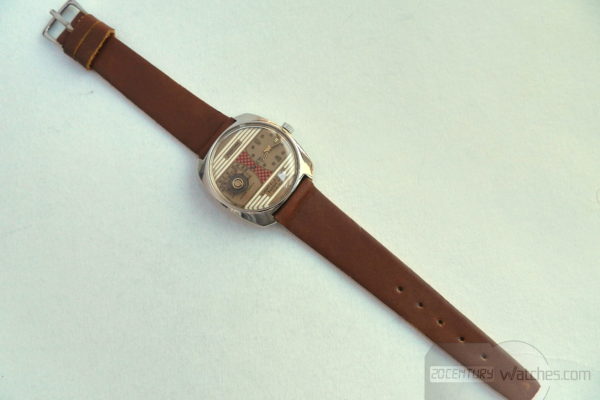 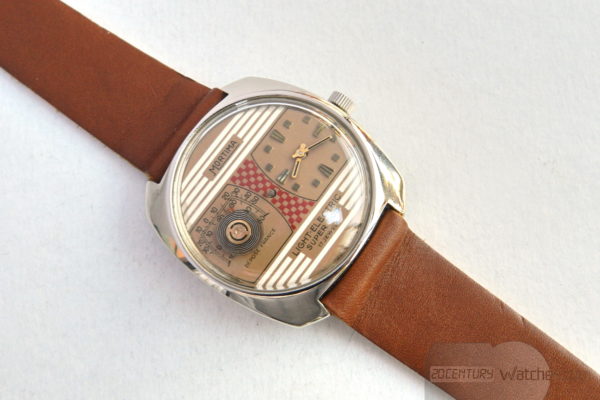 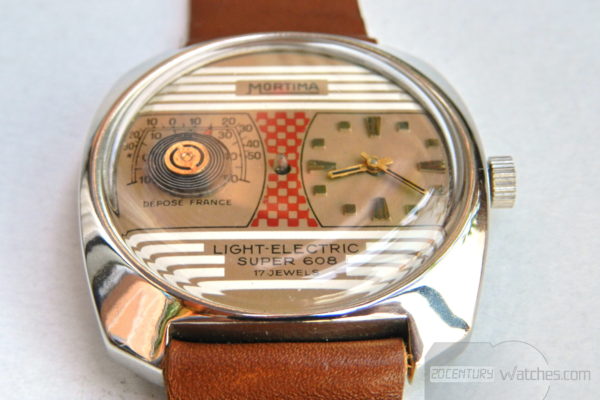 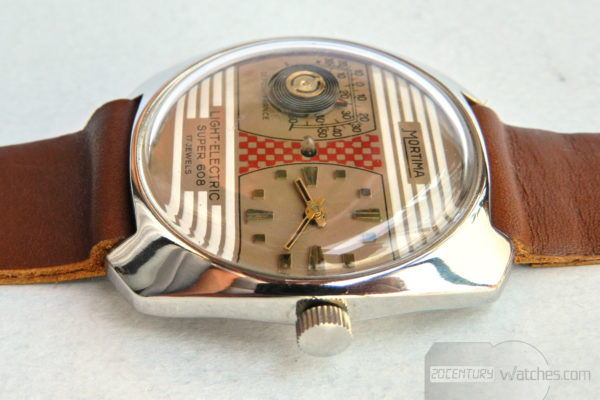 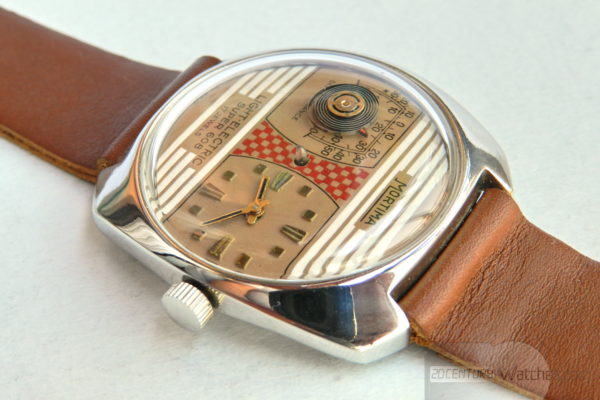 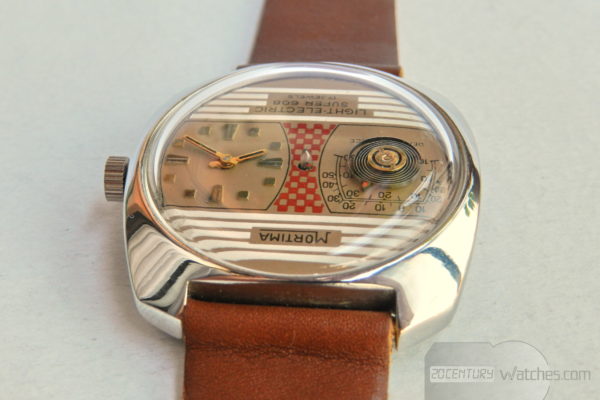 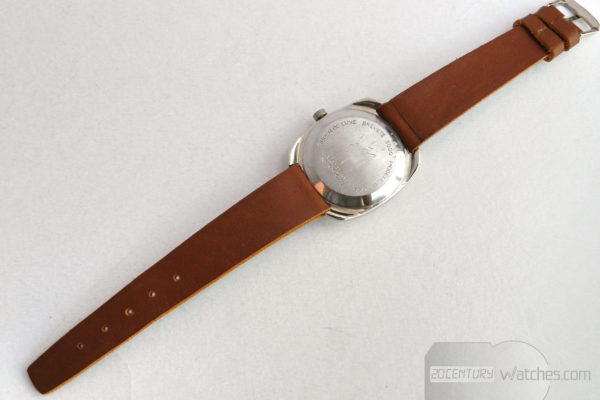 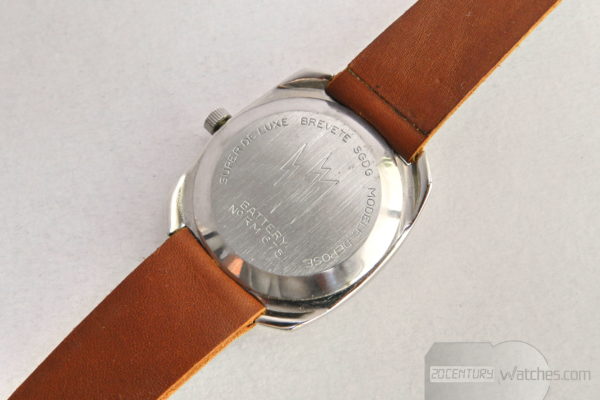 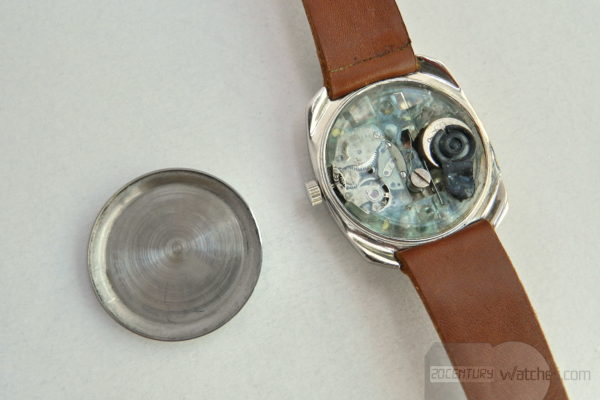 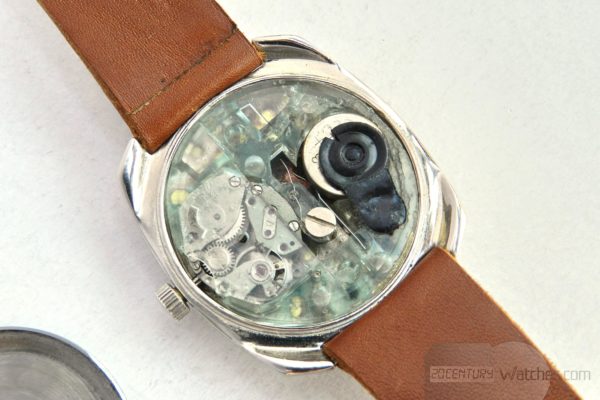 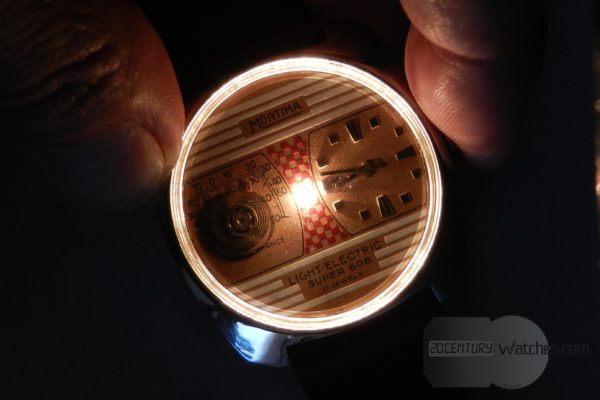